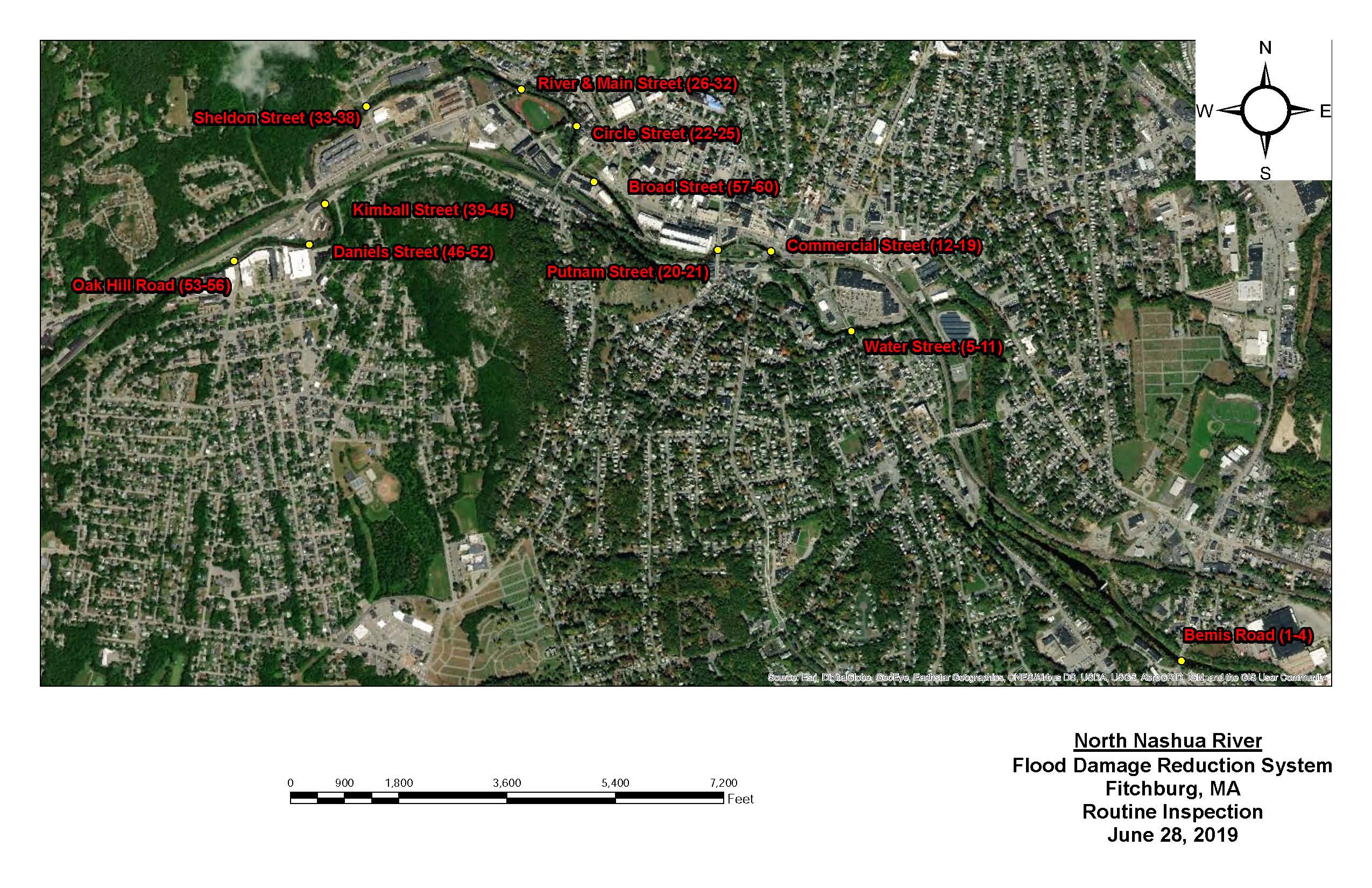 The North Nashua River Flood Damage Reduction (FDR) System was originally constructed in 1937 by the United States Army Corps. Of Engineers (USACE) in response to flooding the year prior. It consists of a network of concrete and stone flood walls, stone slope protection, stone channel paving, and other engineered features at 23 locations along 4.4 miles of the North Nashua River designed to protect various industrial, commercial, and residential properties in low-lying areas along the river.

Repairs have been made to the system over the years, most notably following flooding in 1955 and again between 1979 and 1981 when the entire system was essentially rebuilt. The rebuilding effort cost $3.2 million and included deepening the North Nashua River channel, removing channel obstructions, and rehabilitating the slopes, riverbanks, and existing floodwalls.

Click the link below to go to the North Nashua River FDR System's page on the USACE website: