Have suggestions for the Teen Center? Want to request a book?

If you want a book, videogame, manga volume or series, or other physical or electronic item (that isn't in our network of libraries), let us know by filling out the Anon Y. Moose request form, found at this link.

Don't forget that Fitchburg is part of the CW-MARS library network-if there's not a book on our shelf, try our digital catalog to see if it's in a neighboring library! We can borrow from other libraries in our network.

If you have general feedback (if you want more chairs, a specific program, or a suggestion for events), please fill out the Anonymous Frog feedback form, found at this link.

All forms can be found in print in the Teen Center or by asking a librarian!

Tired of reading all that fine print? Just want something to entertain yourself? Try these-and many other- graphic novels and manga!

The Sprite & The Gardener, by Joe Whitt and Rii Abrego

Long, long ago, sprites were the caretakers of gardens. Every flower was grown by their hand. But when humans appeared and began growing their own gardens, the sprites’ magical talents soon became a thing of the past. When Wisteria, an ambitious, kind-hearted sprite, starts to ask questions about the way things used to be, she’ll begin to unearth her long-lost talent of gardening. But her newly honed skills might not be the welcome surprise she intends them to be.

With lots of whimsy and bright colors, this is perfect for fans of gardening, those with a green thumb, or those looking for a calm but enjoyable slice of life story. Located in Teen Graphic Novels. 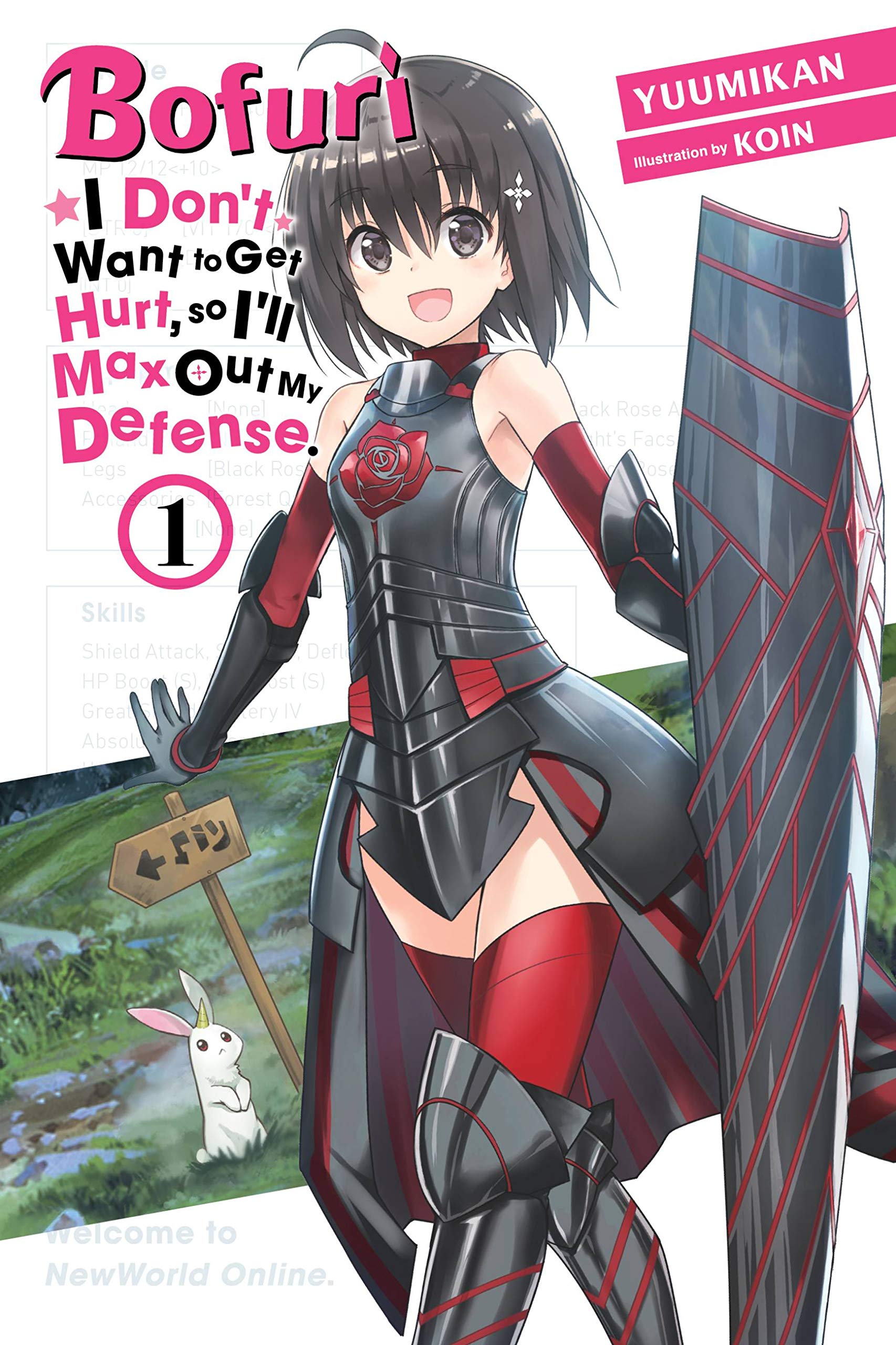 Bofuri: I Don't Want To Get Hurt, so I'll Max Out My Defense! by Yuumikan, Koin, and Jirou Oimoto

Urged on by her friend, Kaede Honjō begins playing the VRMMORPG NewWorld Online under the name Maple. Not wanting to get hurt, Maple opts to be a shield user with maxed-out defense stats, and continues putting every status point she earns in the game into increasing only her defense level. As a result, she is left with slow foot speed and no magic, but her high defense allows her to endure most hits without taking any damage. This, along with her basic-level creative thinking, allows for her to make unexpected accomplishments in the game, its quests and events. By doing this, she ends up earning all kinds of equally unexpected skills and becomes one of the strongest players in the game.

Volumes 1-5 are available, and the series is ongoing. Located in Teen Manga under "Bofuri". 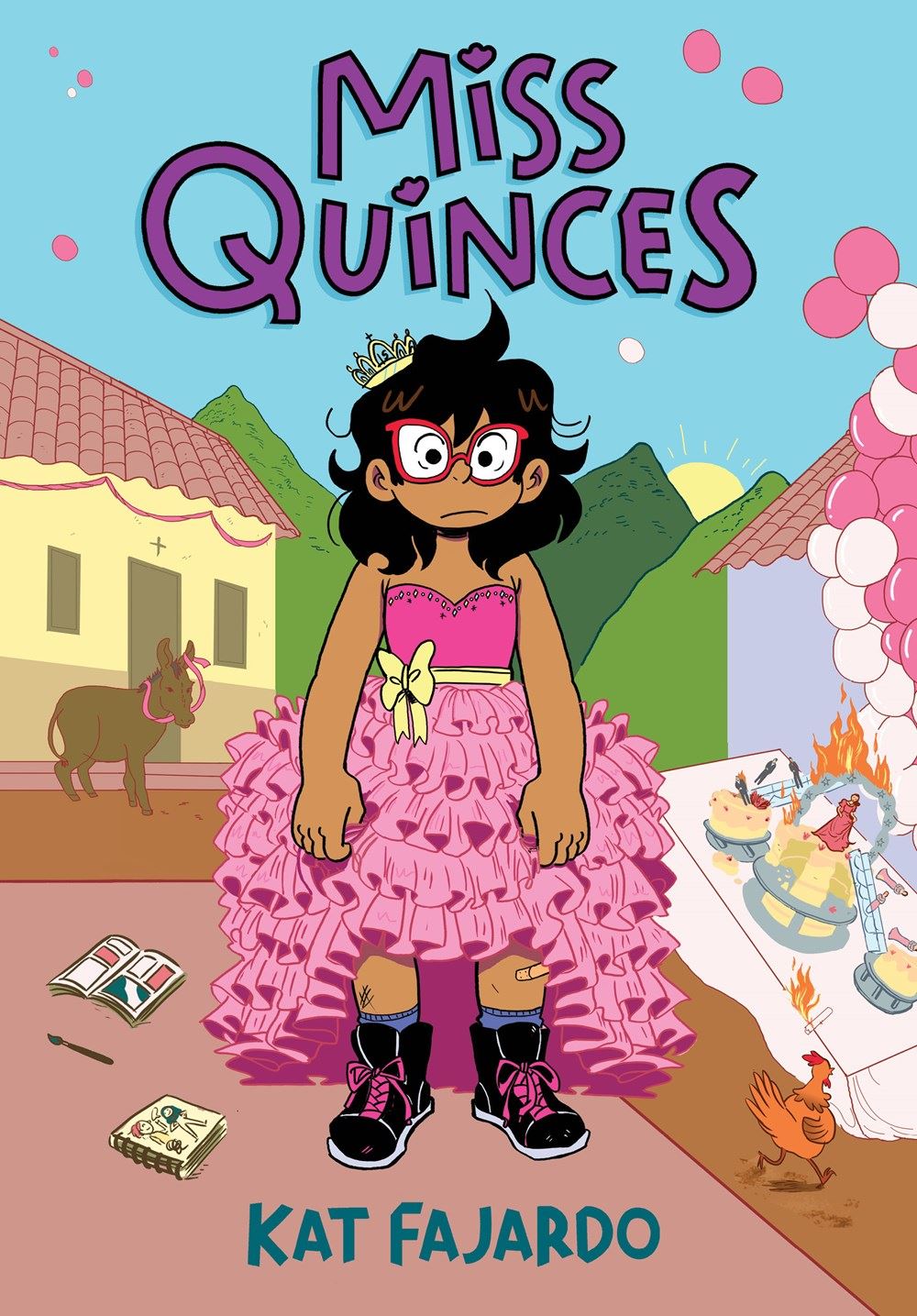 Sue just wants to spend the summer reading and making comics at sleepaway camp with her friends, but instead she gets stuck going to Honduras to visit relatives with her parents and two sisters. They live way out in the country, which means no texting, no cable, and no Internet! The trip takes a turn for the worse when Sue's mother announces that they'll be having a surprise quinceañera for Sue, which is the last thing she wants. She can't imagine wearing a big, floofy, colorful dress! What is Sue going to do? And how will she survive all this "quality" time with her rambunctious family? 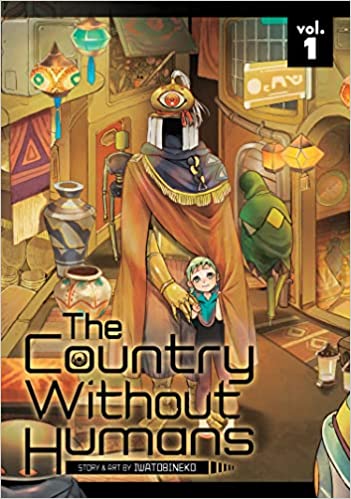 The Country Without Humans, by Iwatobineko

A hauntingly beautiful tale about the last human in a mechanical world.

Shii is the only human left in a city inhabited by nothing but machines. As she flees through the eerie streets, hunted by the sinister Triangle Head, she encounters a golem named Bulb. Can Shii survive long enough to form a friendship with this strange creature–and perhaps even change the world? 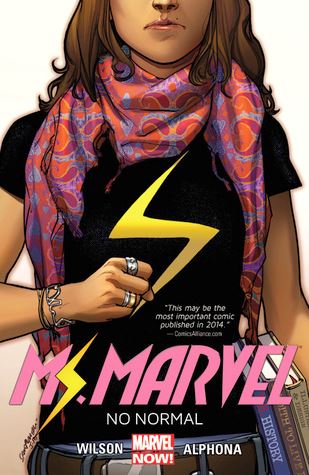 Kamala Khan is an ordinary girl from Jersey City - until she is suddenly empowered with extraordinary gifts. But who truly is the all-new Ms. Marvel? Teenager? Muslim? Inhuman? As Kamala discovers the dangers of her newfound powers, she unlocks a secret behind them as well.

Is Kamala ready to wield these immense new gifts? Or will the weight of the legacy before her be too much to handle? Kamala has no idea either. But she's comin' for you, New York!

Run On Your New Legs, by Wataru Midori

Shouta Kikuzato’s hopes of starting on his school’s prestigious soccer team are derailed when a terrible incident costs him his leg. Now in his first year of high school (again), Kikuzato has resigned himself to never reaching his athletic dreams. But when Chidori, a passing prosthetist, notices Kikuzato’s artificial limb— and speed—as he races through the train station, the specialist proposes a partnership: Chidori will build Kikuzato a brand-new leg designed solely for speed.

All Kikuzato has to do is run!

Found in Teen Manga under "Run". Volumes 1-3 available. The series is ongoing.

All these, and many more, are available from the Fitchburg Public Library! We have non-fiction, too. Call us at 978-829-1780 to place a hold, or use your online account. If you're not sure of something, ask the librarians! We are glad to help!


Use this link for the complete crashcourse playlist of history, lit, theater, science, AI, philosophy, and more videos!


See here for our listing of free learning and homeschooling resources.


Teen Library Events have resumed. Please keep an eye on this space, and follow us on Instagram (@fpltc)!

Check out the Teen Center Facebook Page! We announce all events, programs, and information about new books, games, and other library-related stuff there.

Online Databases can help you with homework assignments.  On the left column of the Gale Database page, you can also select K-12 resources for databases geared to students.

NewsBank can provide authoritative news articles from a wide variety of sources.

Use the Massachusetts Drivers Test to study up!
Check out the Mass DMV site for a copy of the Driver's Manual.